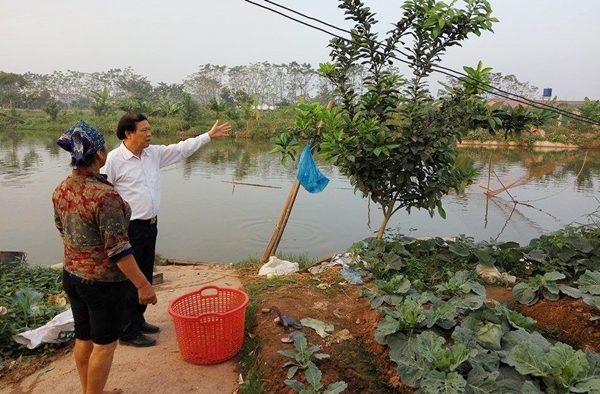 According to its report, Hop Tien Commune is adjacent to Kim Boi Commune (Hoa Binh) and is home to 3,409 households with 14,288 people in 7 villages. Before the commencement of the new rural area program, Hop Tien Commune faced with many problems, including its slow implementation of the crop structure adjustment policy, low economic efficiency in agricultural production despite its potential, and lack of experience of its officials for the implementation of the new rural area program. At the beginning of the program, the commune satisfied only a few criteria on security, post offices, residential housing, and health.

The commune is currently in its 5th year of implementation of the program. With the support of the District Party Committee and the District People’s Committee as well as the people in the commune, the program has obtained remarkable achievements. The people are now ready to contribute funds and work days for the program. The commune has also actively encouraged more farmers to participate in the program with an aim to gradually narrow down the development gap between rural areas and urban areas and to raise the living standard of the people, both materially and spiritually.

Once recorded at a low level of only VND 14 million per year in 2012, the commune’s average income per capita has soared to VND 31.6 million per year. Poverty rate dropped from 9.1% to 6.6%. Regular employment rate increased from 70% to 96%. The number of schools meeting the national standard is 25 out of 25.  The rate of households using hygienic water reached 100%. At present, the commune has satisfied 13 criteria of the program with 5 other criteria have fundamentally been reached. Only 1 criterion is left, which is the poverty rate of 6.6%.

Another commune is My Thanh. In recent years, the commune has actively disseminated information to the people to encourage them to participate in the program. Communal officials and village leaders worked closely with the people to remove obstacles in the process of implementation. Based on recent achievements, the district steering board has reviewed and evaluated the criteria of the program in Hop Tien Commune and My Thanh Commune and aimed to turn these two communes into new-rural-area communes by 2017. 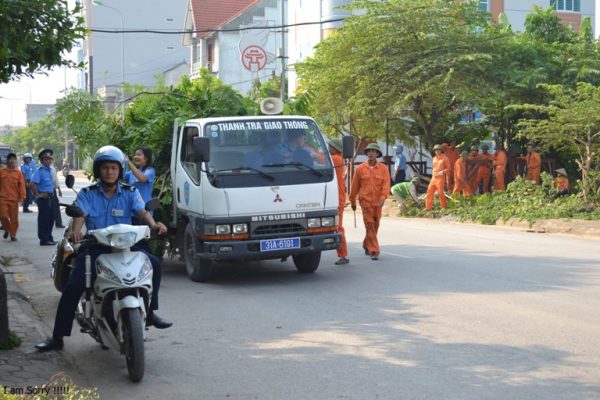 My Duc authorities restoring order in the sidewalks and roadbeds

The district also introduced policies on investment in agriculture as well as crop structure adjustment policies to be applied in rural areas. Up to date, 1,647 hectares of land previously used ineffectively for rice cultivation have been converted into land for effective husbandry, aquaculture, and fruit production.

Regarding vocational training for rural workers, since 2016, the district has organized 71 vocational courses which provided technical knowledge about professions currently in demand to 1,400 rural workers. Poverty reduction and social welfare have also been focused on. At present, the number of poor households in the district is 2,695, dropping 2,619 households compared to 2015, resulting in a poverty rate of 5.9%.

In his speech at the meeting with My Duc District’s authorities, Mr. Le Thiet Cuong, Director of Hanoi Rural Development Department, said that in the coming time, My Duc District should continue promoting the dissemination of information to people on the policies on the new rural area program as well as encouraging enterprises and households to contribute funds, objects, and working days to the program. The district’s authorities were also asked to continue introducing policies that provide technical support for the application of technological advances in production, to expand the area for the deployment of effective husbandry models which provide safe food, and to review and work on meeting the remaining criteria.