Attending the ceremony were Mr. Hoang Dao Cuong, Deputy Minister of Culture, Sports and Tourism; Mr. Chu Xuan Dung, Vice Chairman of Hanoi People’s Committee as well as many experts, scientists and people working in the field of cultural heritage. 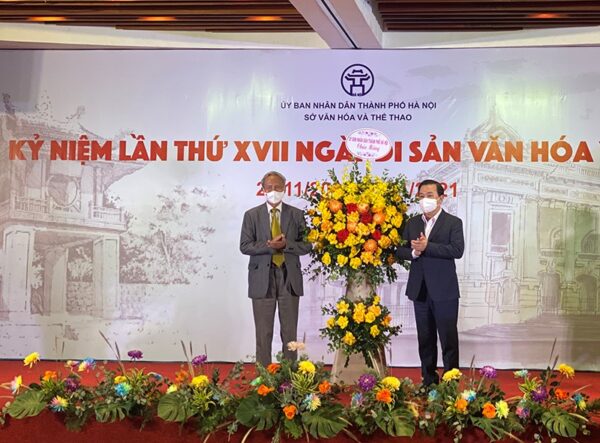 Mr. Chu Xuan Dung presents flowers to congratulate the Cultural Industry on the occasion of the Vietnam Cultural Heritage Day

Performances of Ca Tru and Chau Van singing at the ceremony. 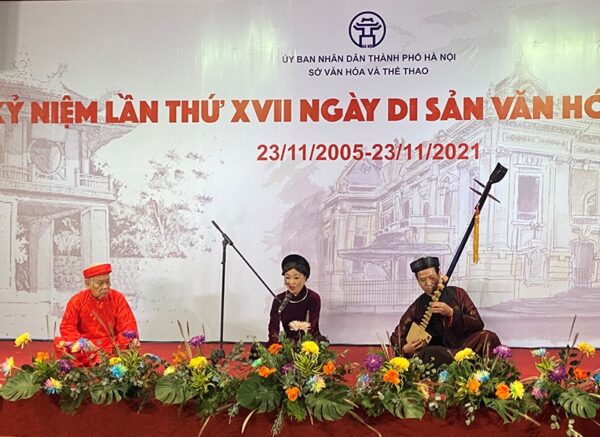 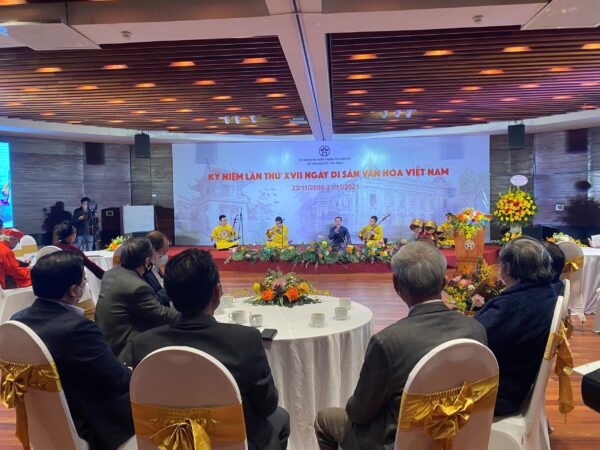 In his speech at the ceremony, Mr. Do Dinh Hong, Director of the Department of Culture and Sports, said that Thang Long – Hanoi, one of the few capitals and cities in the world with a long history of formation and development with over a thousand years of many changes, ups and downs, has become a sacred land with talented people converging the sacred air of rivers and mountains, quintessence, national strength, shining the image of the country in the most concentrated and typical way, is the “heart of the country” – the place where the Vietnamese people crystallize and spread the national cultural identity, cultural traditions, humanity and peace-loving people.

Mr. Hong shared that the year 2021 is particularly difficult without precedent due to the impact of the Covid-19 epidemic. All industries and occupations, including the preservation and promotion of the cultural heritage values ​​of the capital, have been severely affected. However, the Capital’s Cultural Heritage industry, with its strong efforts, has ensured the safety of agencies and offices of the industry, relics and heritage sites, and reorganized how to preserve and promote heritage values. The industry has also advised the Municipal Party Committee and the Municipal People’s Committee on the endorsements of the Law on the Capital with specific articles and clauses in the field of culture, advised the Municipal People’s Committee to promulgate Plan No.176 to implement the Program No.06 on socio-cultural development, creating an image of elegant and civilized Hanoians, with special attention to conservation and promotion of the value of tangible and intangible cultural heritage; conducting innovate cultural activities and products, services to serve visitors at relic sites etc. A large number of scientists, researchers, and managers, professional staff and many organizations and individuals who love heritage have contributed to achieving these results. 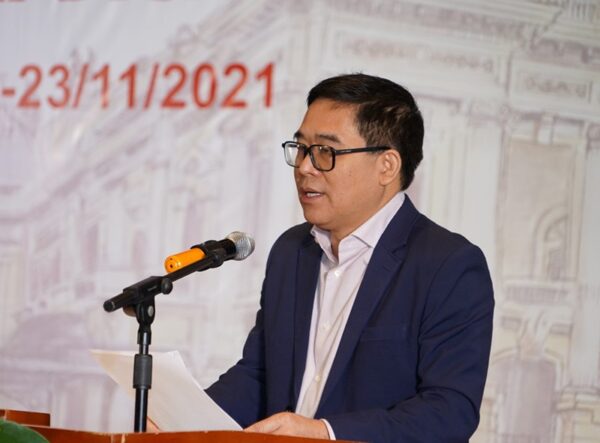 Speech at the ceremony of Mr. Do Dinh Hong, Director of Hanoi Department of Culture and Sports

Over the past 20 years, Ha Noi has preserved and promoted the values ​​of the title of City for Peace, creating its own unique attraction. The image of Hanoi as a “safe-friendly” destination is increasingly introduced, widely promoted and highly appreciated by international organizations. With the policy of developing a dynamic and creative city on the basis of thousands of years of history and culture, Hanoi advocates building a Resolution on the development of the cultural industry towards sustainable development, firstly fulfilling commitments, building and developing the UNESCO Network of Creative Cities.

“The capital’s cultural sector wishes to continue to receive the attention and guidance of the Ministry of Culture, Sports and Tourism, the Municipal Party Committee, the People’s Council and the Municipal People’s Committee; the cooperation and assistance of the National Council of Cultural Heritage and scientists; the coordination of all levels, branches, and people so that the cause of management, preservation and promotion of the cultural heritage values ​​of the capital increasingly achieve good results”, said Mr. Do Dinh Hong.

Within the framework of the program, a talkshow was held with many valuable opinions of scientists and experts. Accordingly, the delegates emphasized the significance of the discussion taking place in the context of the National Cultural Conference being held, the role of culture in socio-economic life is very important to the Party and State.

According to Dr. Le Thi Minh Ly, at present, the development of the cultural industry is the only way for culture to contribute to socio-economic development. With its rich heritage treasure, Ha Noi needs to focus on developing cultural industries from heritage capital, including both tangible and intangible cultures. To do this, the City needs to promote propaganda and raise awareness; focus on the human factor in preserving, promoting values, bringing heritage into schools; promote the application of technology in the field of heritage. 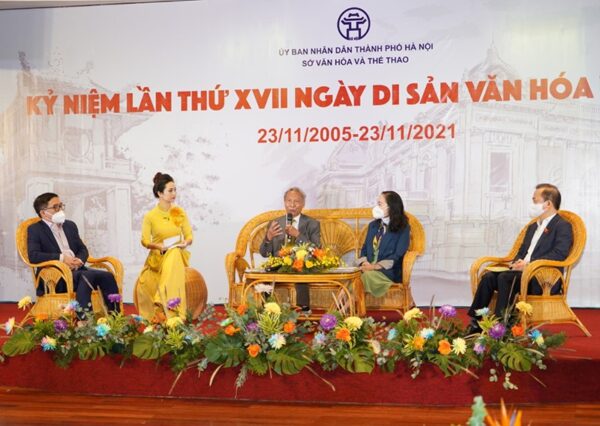 Discussion between the attendees at the talkshow

The year 2021 is the first year to implement the Resolution of the 13th National Party Congress, concretizing the 10-year national socio-economic development strategy as determined by the Congress Resolution. Tomorrow, November 24, the first National Cultural Conference will take place, Assoc. Prof. Dr. Bui Hoai Son – Director of the National Institute of Culture and Arts believes that, after this Conference, we will have more awareness, determination and specific actions to develop culture, including the field of cultural heritage. The 13th Congress has a lot of views and action plans to make breakthroughs in the field of culture, which emphasizes that Culture is the spiritual foundation of society with the desire to use the soft power of culture to create an aspiration to build and develop a prosperous and happy country. “This is an extremely important thought when, in the current context, we have more clearly recognized the role, position, value and meaning of culture. We know that only culture can help us develop sustainably, only culture can help us ‘Integrate without Dissolving’. And the value of culture not only has a spiritual meaning, not only creates a regulatory system for social development, but culture also has values ​​of economic benefits when we exploit the cultural values ​​of the nation; exploiting traditional values ​​through relics, symbols, intangible cultural heritages, etc., we will create different products, thereby creating advantages for the development of the country”, Assoc. Prof. Dr. Bui Hoai Son affirmed.