The festival drew the attention of numerous athletes and citizens

There were  700 athletes under 33 delegation divided in to 43 teams, including 12  male teams and 06 female teams in professional group; 09  male teams and 06 female teams in movement group; 10 male-female teams from embassies, organizations and enterprises. This competition attracted competition of 04 international delegation, including: Malaysia, Hong Kong (China), Singapore, Laos and 04 embassy delegation, namely: Sweden, Britain, America and Denmark, said Mr. To Van Dong, Director of Hanoi Department of Culture and Sport, addressing at the inaugural ceremony. 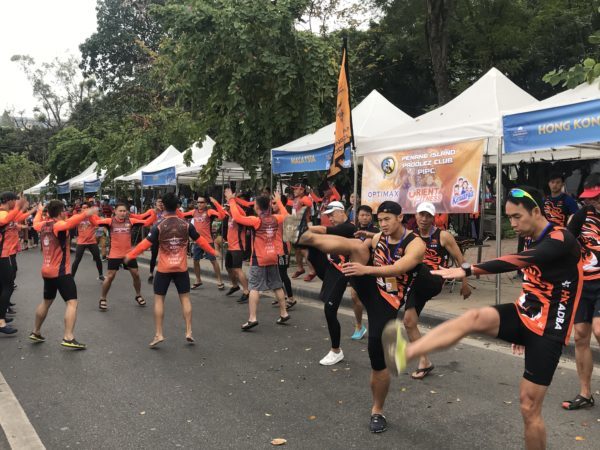 Athletes warm up before the competition

To kick off the competition, representative of the Organizing Committee, Comrade Nguyen Duc Chung, Chairman of the Municipal People’s Committee beat the inaugural drum in the opening ceremony of the Hanoi Open Dragon Boat Swimming Festival in 2019 in a jubilant, bustling atmosphere.

Art performances and parade of boat athletes and other aquatic sports after the opening ceremony has brought a vibrant festival atmosphere to Hanoians and tourists in the New Year occasion. 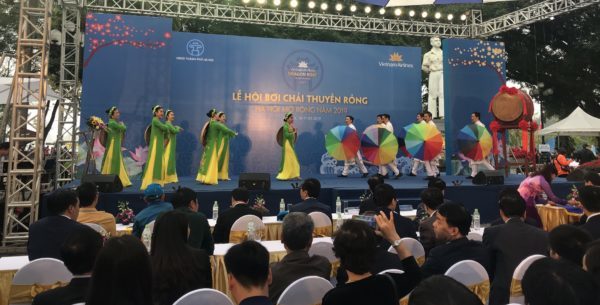 Arts performance in the opening ceremony

Teams in the competition.

Dragon Boat Race took place from 9:00 AM to 16:00 PM on February 16 and 9:30 AM to 11: 30 PM in West Lake. After the inaugural ceremony, crows of people gathered around the lake and supported enthusiastically for teams in the competition.