In response to the International Day of the Girl Child on October 11, the Law Day of the Socialist Republic of Vietnam on November 9, the Month of Action for Gender Equality and Prevention and Control of Gender-Based Violence in 2021, the afternoon of the September 25, the Hanoi Women’s Union launched the 11th “Today’s Family Issues” online writing contest in 2021 in the Capital Women’s Newspaper. 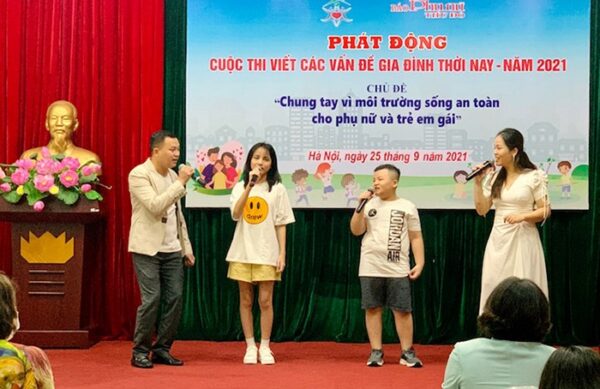 The 11th “Today’s Family Issues” writing contest in 2021 with the theme of “Joining hands for a safe living environment for women and girls” is an activity in the joint program to implement the model of “A safe, friendly city for women and girls” between the Hanoi Women’s Union and Plan International Vietnam and the Research Institute for Sustainable Development Management.

The contest will be held for 2 months, from October 1 to December 1, 2021. Participants are readers of all ages of the Capital Women’s Newspaper at home and abroad; Experts in the field of gender, family, children; Officials, women’s members and people who are studying, working and living in the capital.

Entries must not exceed 1,500 words on the following topics: Propaganda and awareness-raising about the fine traditional cultural values ​​of the Capital family; role and position of women in the community and in society, building a safe living environment; Timely detecting and praising organizations, individuals and families that have made positive contributions to the construction and protection of a safe and non-violent living environment; Condemning the risks, phenomena and bad behaviors that affect the safe living environment for women and girls, and violate the legitimate rights and interests of women and girls; Providing knowledge and skills for the community in preventing and responding to gender-based violence and gender inequality issues; critiquing and proposing policies related to safety for groups of women and girls; Proposing solutions, models, mobilizing the participation of the community to join hands to build a safe living environment so that women and girls have the opportunity to develop comprehensively, promote their full potential, and contribute in the construction of the country.

The authors will send their entries to the email address: moitruongantoan2021@gmail.com or by post to the address: Capital Women’s Newspaper, No. 7 Ton That Thuyet, Dich Vong Hau ward, Cau Giay district, Hanoi.

Prizes for the contest include: 01 First prize; 03 Second prizes; 05 Third prizes; 10 consolation and special prizes. The program of summarizing and awarding the contest will be held from December 10, 2021 to December 16, 2021.

The “Today’s Family Issues” writing contest was first launched in the Capital Women’s Newspaper in 2011. For the past 10 years continuously, the contest has become a “meeting place” for readers to share their experiences, build and protect family homes in the period of industrialization and international integration. The contest has contributed to supporting women’s members to build a civilized and happy family, well implemented the “5 None, 3 Clean” Family Building Campaign launched by the Central Committee of the Vietnam Women’s Union, the Project of “Propaganda, education, advocacy and support for women to participate in solving a number of social issues related to women”, contributing to building an elegant and civilized lifestyle of Hanoians.… 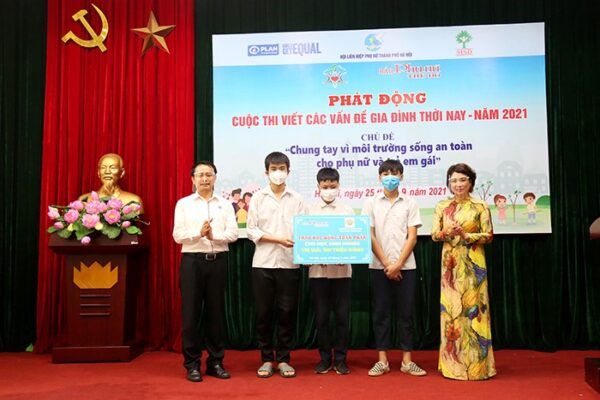 Also within the framework of the launching program of the writing contest, the Capital Women’s Newspaper and the Hanoi Vocational College of High Technology jointly awarded full scholarships to poor students overcoming difficulties in Nam Tu Liem District, Thanh Xuan District, Quoc Oai District, Ba Vi District with a total budget of VND 100 million, thereby, helping children continue to write their dream of going to school, creating a stable career in the future.