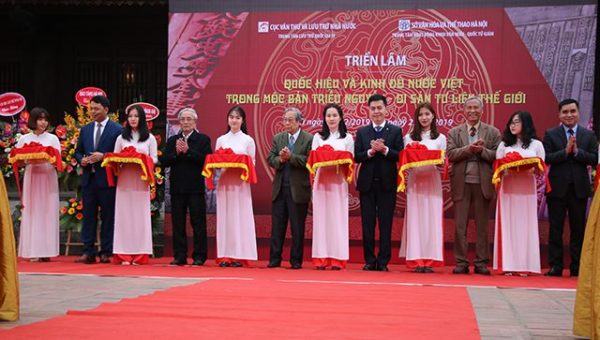 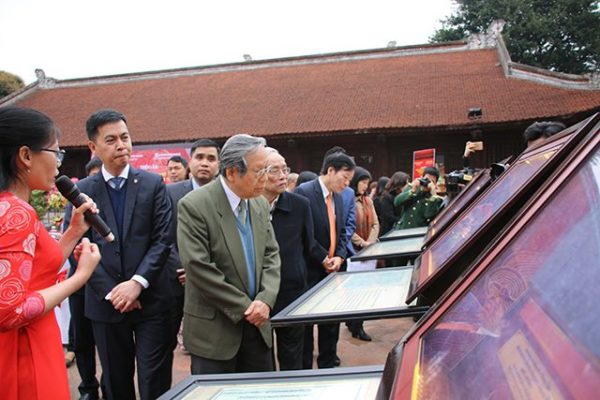 The delegates visit the exhibition

For each nation, the national name is the official name used in diplomatic, legal and commercial relations … to signify the legitimacy of a dynasty or government. Besides, the national flag also shows the nationality, territorial sovereignty and political regime of a nation in the international arena. Along with the national flag, the capital is always respected, is the home of the central government, the place where emperors and mandarins conduct the country and welcome and work with foreign delegations.

Recognizing the importance of national flags and capital for the country, since ancient times, depending on the political and social context of each period, the dynasties in Vietnam in history changed the names of  the country, choose a new place of capital with a desire for a prosperous, stable country. 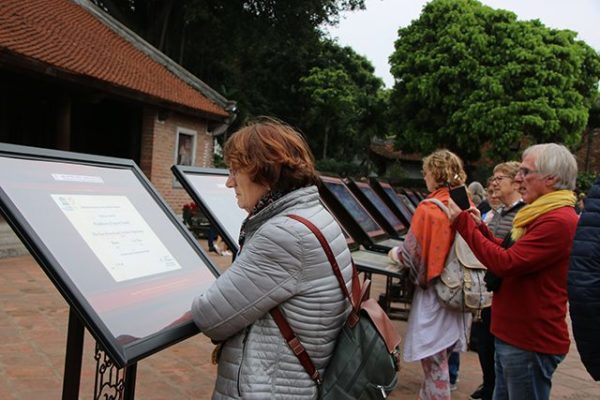 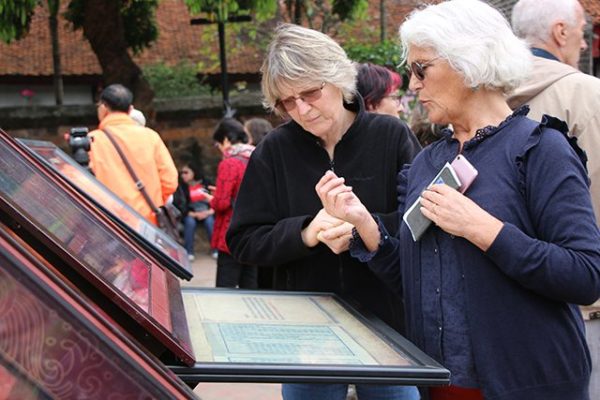 The exhibition has attracted many international visitors to stop to learn.

Each change of the national name and capital in history is recorded in the national histories of dynasties, whose inscriptions are kept on woodblocks. The exhibition “National Flag and the Capital of Vietnam in the Dynasty of Nguyen Dynasty – World Documentary Heritage” introduces the public to 32 typical documents on national and Vietnamese capital in history. These are original documents, which are valuable to introduce to the viewers about the origin and meaning of official national flags and the capital of Vietnam experienced in the historical periods of the nation.

Speaking at the opening of the exhibition, Mr. Dang Thanh Tung – Director of Department of Clerical and State archives affirmed: “The exhibition is an activity to promote the coordination of research, organization of display activities, The exhibition, which honors the values ​​of the world heritage documents of Nguyen Dynasty woodblocks as well as promoting the cultural and historical values ​​of Vietnam’s cultural heritage, Organizing the exhibition also shows the effort of management agencies in strengthening the protection and promotion of the value of archives, especially for UNESCO-recognized world heritage documents ” 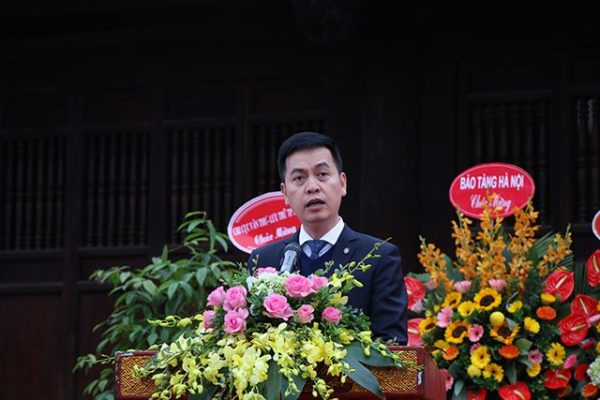 The exhibition of national flags and capital of Vietnam in history inscribed in the block of woodblocks of Nguyen Dynasty, contributed to introducing the national history and capital of Vietnam under the perspective of cultural heritage. The exhibition partly recreates the vivid picture of the history of nation building and retention of the Vietnamese people since ancient times through the setting, changing the national name and capital of the country, reflecting the aspirations of the dynasties and the independent will, self-respect and national pride of the predecessors. 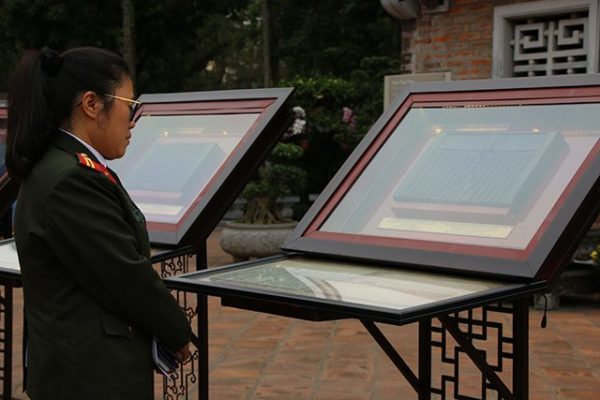 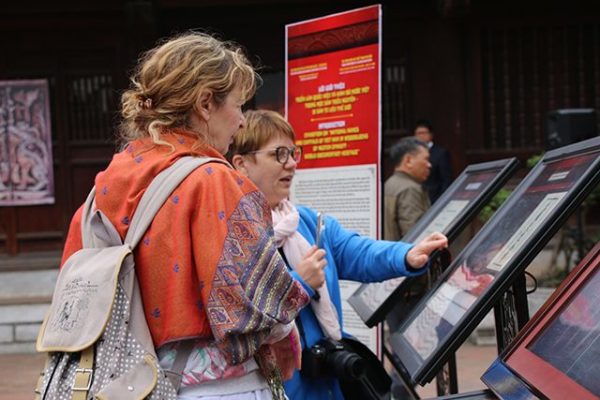 The exhibition is an opportunity for the public at home and abroad to get closer to the documentary heritage of Vietnam. Since then, it can be affirmed the invaluable historical value in the Nguyen Dynasty Woodblocks – the world documentary heritage, to see the value of archives always contributing to the construction and protection of the country.

The exhibition will last until March 25, 2019 in Thai Hoc area of ​​the national monument of Van Mieu – Quoc Tu Giam.