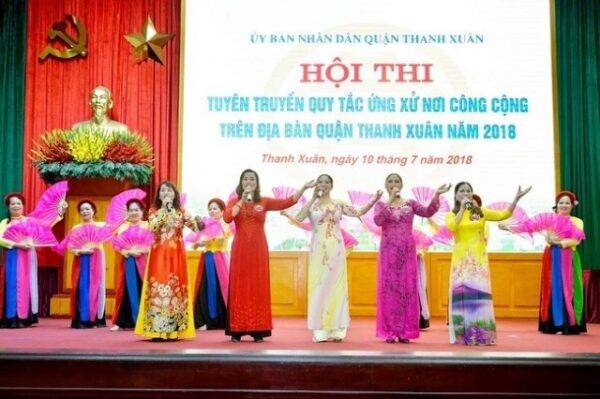 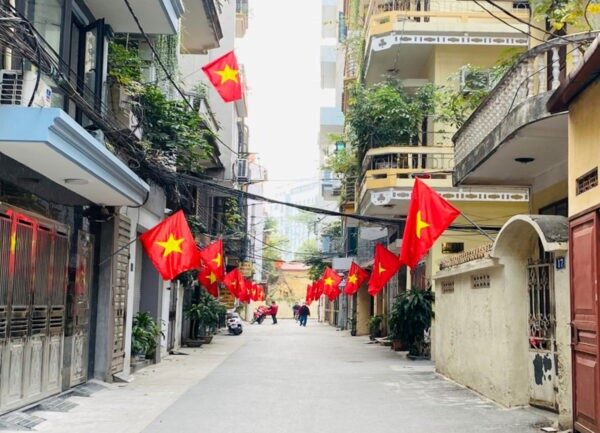 After implementing the Code of Conduct, Residential Groups and Residential Areas of Thanh Xuan District are increasingly clean and beautiful

Accordingly, the District People’s Committee requires the departments, divisions, units, schools in the district and the People’s Committees of 11 wards to focus on directing the implementation of the City’s Code of Conduct; tighten administrative discipline, improve the effectiveness and efficiency of government apparatus at all levels, clearly define the responsibilities of leaders in implementing the Code of Conduct at localities, agencies and units…in the spirit of Decision No. 522/QD-UBND dated January 25, 2017 of the Hanoi People’s Committee on promulgating the Code of Conduct of cadres, civil servants, public employees and employees in agencies under the Hanoi city, Code of conduct in public places in the city and related guiding documents.

The District also stated clearly the promotion of propaganda and mobilization of all classes of people, union members and members of socio-political organizations from the District to grassroots to participate well in the implementation of the City’s Code of Conduct through various and practical forms of propaganda such as: Through the radio system in 11 wards; district/ward portal/website; conferences, activities of agencies, units, residential groups, residential areas…; to spread beautiful images in residential communities and workplaces. Simultaneously, visually propagate and promote the Code of Conduct in easy-to-observe places (office headquarters, bulletin boards, cultural houses,…).

Thanh Xuan District will organize regular and irregular inspections of the performance of officials, civil servants, public employees and workers in agencies in the district, focusing on the Citizen Reception Department of the units. Annually, organize periodic preliminary assessment (6 months, 01 year), the implementation of the Code of Conduct./.