On the 1st evening of February, at the outdoor studio of Vietnam Television (Hanoi), Vietnam Television Cable Corporation, Sport 24h Joint Stock Company and the General Department of Sports and Physical Training coordinated in organizing the Gala of 2018 Cup Victory.

At the Gala, the organizers awarded prizes to the top candidates of the 2018 Victory Cup categories. 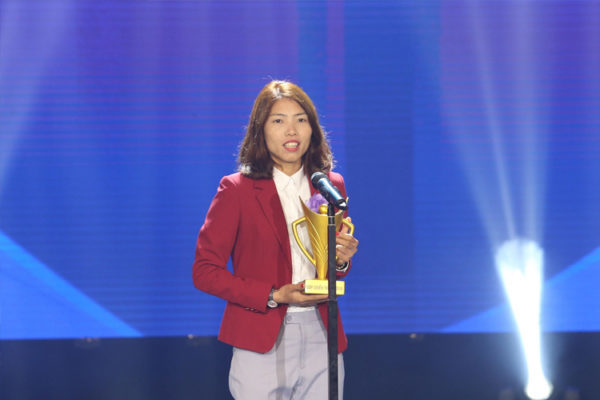 Apart from the gold medal in ASIAD arena in long jump content, with Vietnamese fans, Thu Thao is also an energetic model to create pervasiveness for the desire and spirit to overcome difficulties to conquer dreams and aspirations.

In the male athlete category of the year, player Nguyen Quang Hai is the winner when he receives the most votes. After the successes of the past 2019 Asian Cup, AFF Cup of 2018, Asian U23 Silver Medal and ASIAD 18-2018 fourth ranking, Quang Hai has become the Male Athlete of the year – 2018 Victory Cup. 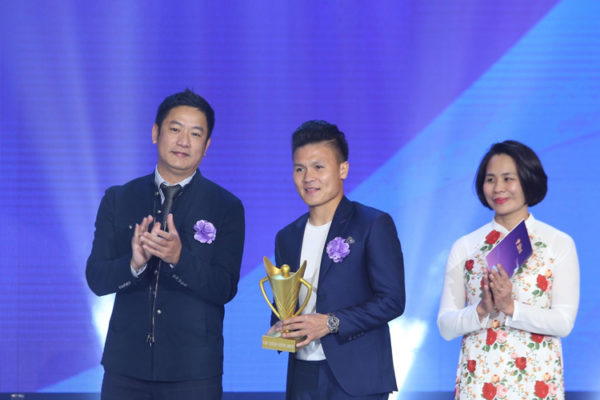 Player Nguyen Quang Hai is the winner of the male athlete of the year.

Also at the Gala of the 2018 Victory Cup, Coach Nguyen Manh Hieu of Hanoi Sports also became the coach of the year. The Coach of Hanoi Sports is excellent in creating the resounding success of the female athlete Bui Thi Thu Thao at ASIAD 18. And with this success, in the election of typical athletes and coaches and excellent athletes and coaches with disabilities nationwide in 2018, Coach Nguyen Manh Hieu was honored with the coach of the year with 296 points.

The Victory Cup is an annual award to honor talents who have made particularly outstanding contributions to Vietnam Sports. The award is recognized by the General Department of Sports and Physical Training under the Ministry of Culture, Sports and Tourism and considered as a prestigious and valuable annual award of the sports industry by experts, coaches, athletes and fans.

The award will contribute to promoting the development of Vietnam Sports and is a source of motivation for sports people, especially athletes and coaches to make their best efforts in the clubs and national teams.