On the occasion of the 88th anniversary of the founding of the Communist Party of Vietnam (3/2/1930-3 / 2/2018) and welcoming the Lunar New Year 2018, on the evening of February 3 in the new administrative center of Ha Dong district. Thang Long Music and Dance Theater cooperated with Ha Dong Culture, Communication and Sports Center to organize art program “Forever trust”.
The program included 20 special music performances to extol the glorious Party, Great Uncle Ho, the country of innovation and the spring. Typically, there were the items such as: “Party’s flag”, “Color of flag I love”, “Flowers in Uncle Ho’s garden”, “Magic spring of the country”, “Country and love”, “Hanoi with heart “… The program had make the deep impression on audiences.

This is a meaningful activity, arousing the national pride, and creating the cheerful atmosphere in the days when the country celebrates the 88th anniversary of the founding of the Communist Party of Vietnam and welcomes the Spring.

Some items in the program: 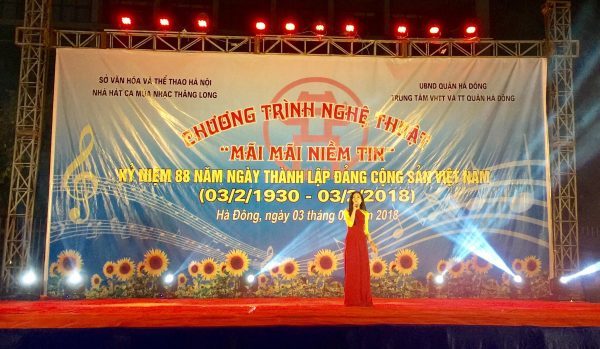 “Color of flag I love” 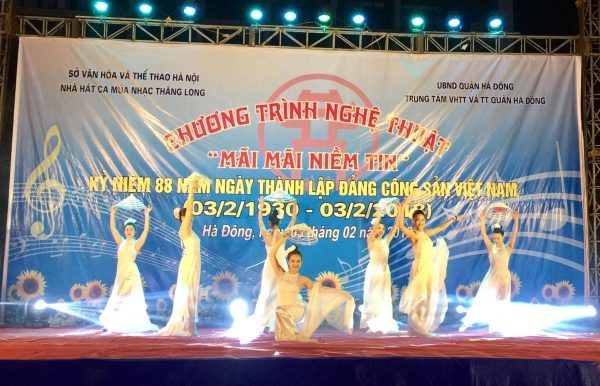 “Magic spring of the country” 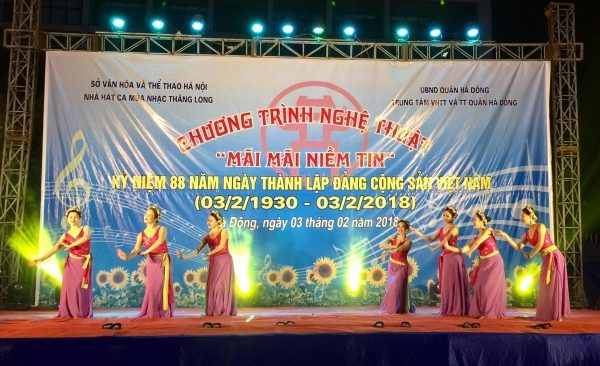